You are here: Home1 / Blog2 / Misleading Poverty Stats, What $250K Buys You in Houston, Density and Transit...

A new piece is out examining Houston’s increase in high-poverty neighborhoods (Chronicle coverage here – hat tip to Charles). This kind of analysis has always rubbed me the wrong way, because it rewards cities that tighten housing supply and force gentrification and displacement – pushing people out so their “high-poverty neighborhoods” decline. It’s a game of hot potato with low-income populations. I like that Houston allows plenty of new supply (almost always at the higher end) so older housing can become affordable (like the “newly poor” and “deepening poverty” neighborhoods in their analysis) – with the prime example being middle-class apartments built during the 70s oil boom that are affordable immigrant housing today – that’s great! Houston always allows even the poorest to come here seeking opportunity rather than blocking them out thru restrictive housing policy.

And their point about rich neighborhoods being next to poor ones is also great! That means there is affordable housing near the jobs (esp. service jobs). Every major job center in Houston has affordable neighborhoods within a 15-minute transit ride.  A lot of cities can’t say that.  I would say it’s a better model than Dallas, where poverty is concentrated on the south side while wealth is concentrated on the north side, so the south side has very limited access to opportunity.

What this report labels “turned around” neighborhoods would be labeled as “gentrified” in a lot of other reports, and while I’m glad Houston has had a few turnarounds, I’m also glad we don’t have too many because I think that would be an unhealthy sign of too much gentrification because of lack of housing supply in the neighborhoods people want to move to.

What we need is not geographic analysis, but generational cohorts analysis over time: do poor families that move to Houston do better in the 2nd and 3rd generations? I think they do, but data is hard to come by.

Moving on to a few other smaller items this week: 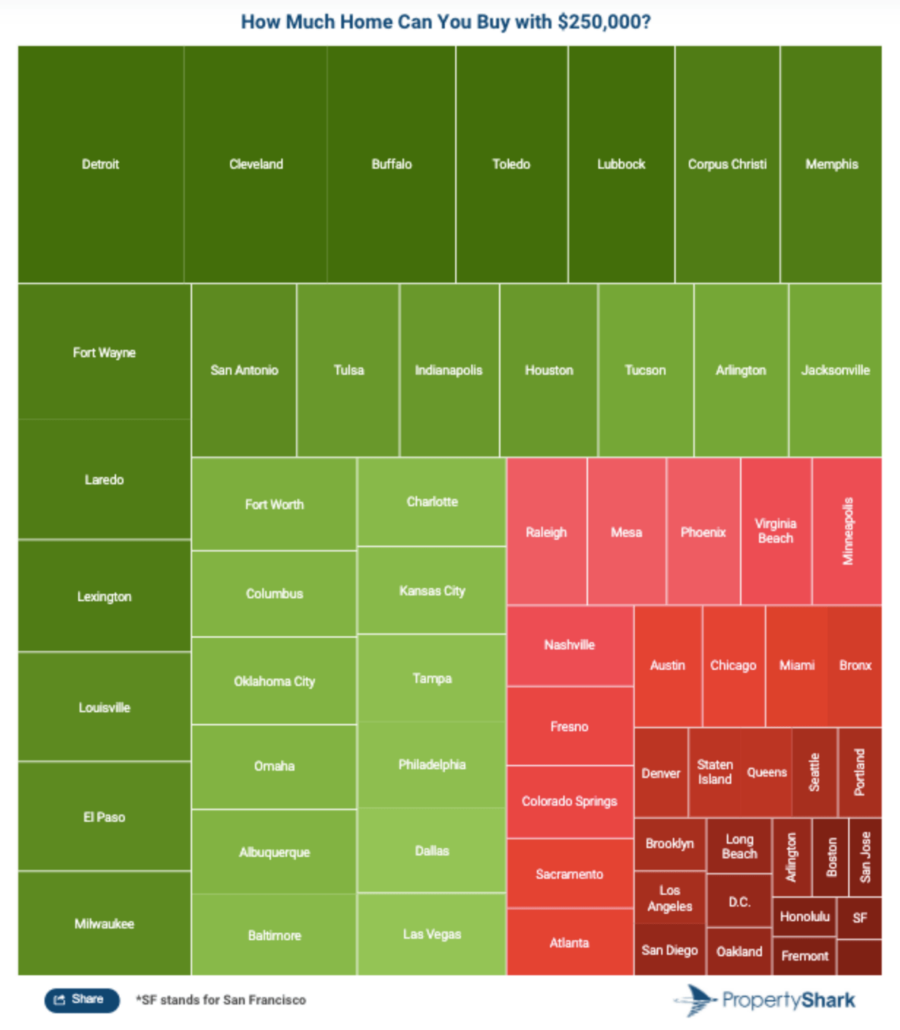 Finally, a good short excerpt from my radio show with Bill King on the impact of coronavirus fear on transit.


Tory Gattis is a Founding Senior Fellow with the Center for Opportunity Urbanism and co-authored the original study with noted urbanist Joel Kotkin and others, creating a city philosophy around upward social mobility for all citizens as an alternative to the popular smart growth, new urbanism, and creative class movements. He is also an editor of the Houston Strategies blog.
https://secureservercdn.net/198.71.188.149/be6.064.myftpupload.com/wp-content/uploads/2020/07/most-affordable-cities.png?time=1610995447 462 845 Tory Gattis /wp-content/uploads/2020/03/URI-logo-claret.png Tory Gattis2020-07-20 11:00:312020-07-20 11:00:31Misleading Poverty Stats, What $250K Buys You in Houston, Density and Transit vs. COVID