You are here: Home1 / Demographics2 / Americans Are Not As Divided About the Pandemic As It May Seem 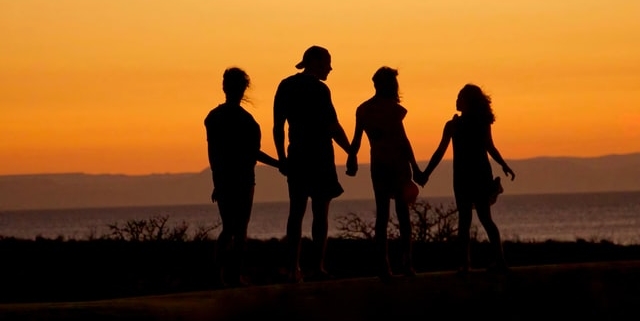 As COVID-19 ravages varied regions of the United States at different levels of intensity, news reports have repeatedly shown an ideological split in public opinion over how President Trump is handling this pandemic.

While polling data shows that fewer than of half of all Americans approve of the job he’s doing, data suggests that the president is maintaining considerable support from his base. And, while some conservative governors are already opening their states, Trump continues to tweet suggesting that his supporters in predominantly liberal states protest to open these states.

These narratives are factually true but largely incomplete. They collectively do a real disservice because they create not only a genuine misunderstanding of America’s pulse during the pandemic but also suggest a level of ideological polarization that does not exist between liberal and conservative Americans when it comes to COVID-19.

A more complete narrative is critical. Data from the Pew Research Center collected during the epidemic reveals that Americans are indeed polarized around Trump and his behavior but are not deeply divided when it comes to real, concrete safety measures to mitigate the virus and protect Americans.

Pew data shows that more than 80 percent of Americans who identify as conservative or very conservative approve of how Donald Trump is handling his job in general. When moderates are considered, the figure drops appreciably to 39 percent, and the figure continues to decline for liberals at 10 percent and only 6 percent for those very liberal.

But let’s look at what the Pew data reveals when direct questions are asked about coronavirus, nuance is considered, and Trump and his cult of personality are removed.

Take for instance, the question of whether or not coronavirus presents a “significant crisis.” When Americans are asked if the outbreak is a significant crisis compared to less salient categories such as a “serious problem but not a crisis” or a “minor problem,” 79 percent of liberal identifiers call it “significant.” While there is some ideological divide—68 percent of moderates and 58 percent of conservatives also categorized it as significant—some of these differences can be explained by the fact that East Coast urban areas have been hit harder than places in the Plains or the South and the chatter in those areas is that the states are not in full blown crisis mode compared to New York City. If the second response to the crisis question is included—that COVID-19 is a serious problem but not a crisis—the numbers show that virtually everyone is in agreement that it is a real issue: 97 percent of liberals, 96 percent of moderates, and 93 percent of conservatives are very concerned but not claiming that everything is in crisis. Such sensitivity is critical to identify a full and complete narrative.

Read the rest of this piece at The Dispatch.

Samuel J. Abrams is professor of politics at Sarah Lawrence College and a visiting scholar at the American Enterprise Institute.

A Policy of Delusion and Misdirection
Scroll to top