For decades, there has been substantial dispersion of population in Greater Los Angeles (Los Angeles combined statistical area or CSA), as the suburban areas outside the urban core have dominated population growth. The latest population estimates by the US Census Bureau confirm the continuation of that trend. But something has changed. In recent years the Los Angeles CSA has experienced an unprecedented slowing of growth. The little growth has occurred has been dispersed away from coast, especially from Los Angeles and Orange counties to inland Riverside and San Bernardino counties. Indeed. Between 2017 and 2018, Riverside and San Bernardino counties, farther from the Los Angeles urban core than Orange and Ventura counties, accounted for all of the population growth of Greater Los Angeles. 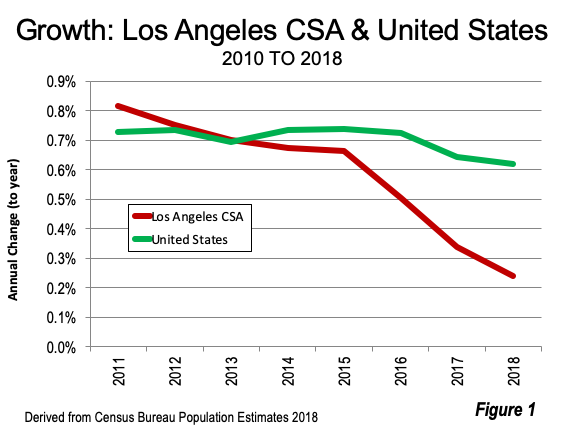 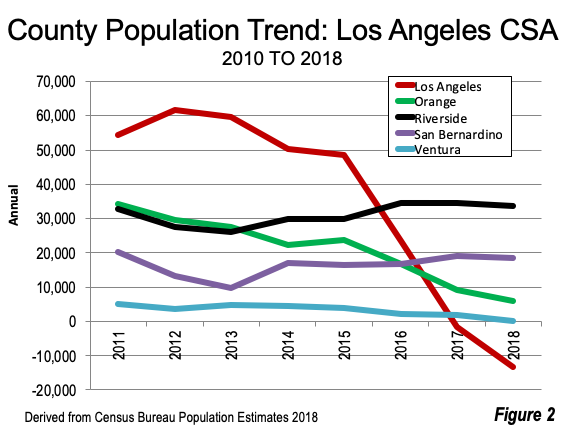 Domestic Migration: Half a Million More Left than Came 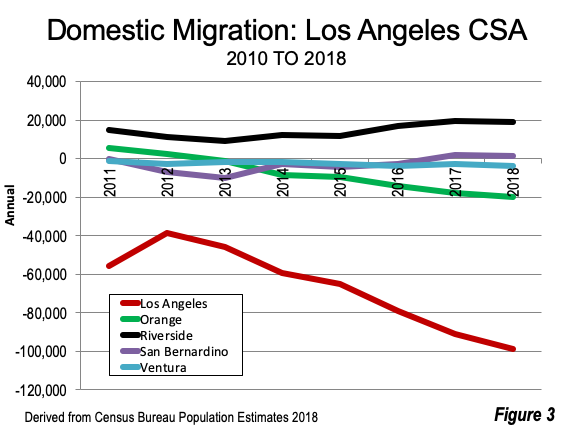 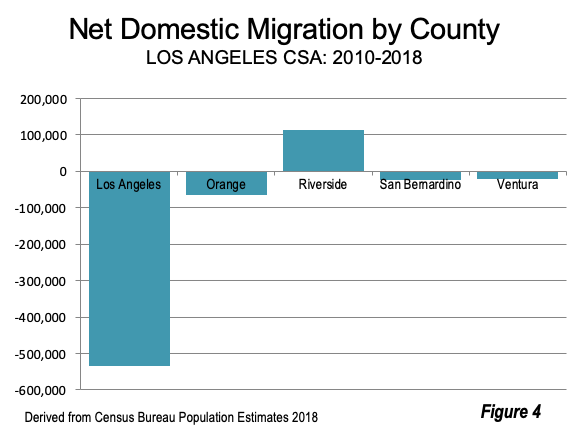 There was a gain in net international migration of 428,000, approximately making up for 80% of the domestic migration loss. Most of the gain (298,000) was in Los Angeles County. Orange County accounted for approximately two thirds of the 130,000 balance, with a gain of 86,000. 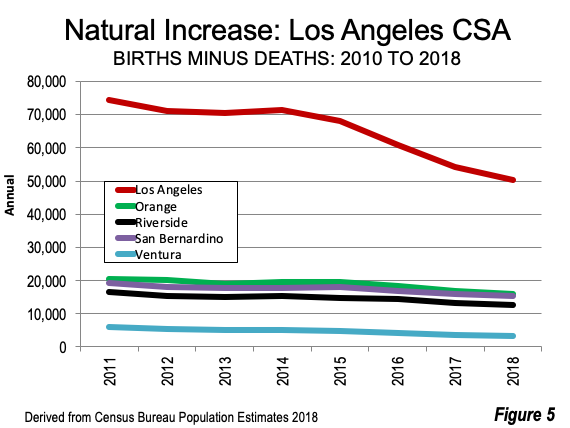 One of the most important reasons that the natural increase in population is slowing down is that the Los Angeles CSA is aging rapidly — with a median age that has doubled the national increase (Figure 6). The Los Angeles CSA is aging a full one-third faster than California as a whole. Other factors are contributing to this decline: There is the declining fertility rate, which is evident virtually everywhere in the nation. The substantial net domestic outmigration is also a factor. IRS data shows that California’s net domestic outmigration tends to be strongest among households from 26 to 44 years old, ages that produce most of the children. The slowest outmigration rate is among those aged 65 and over. 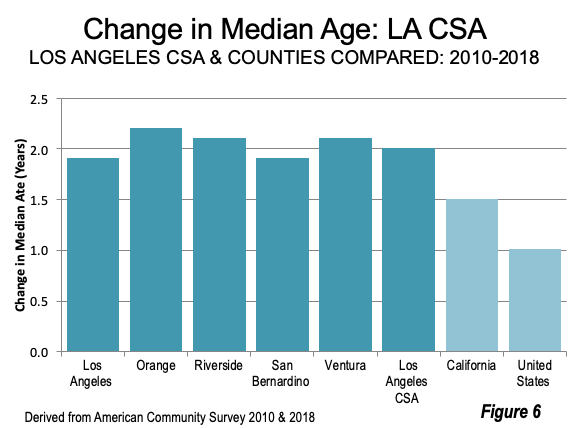 The components of Los Angeles CSA growth are illustrated in Figure 7. 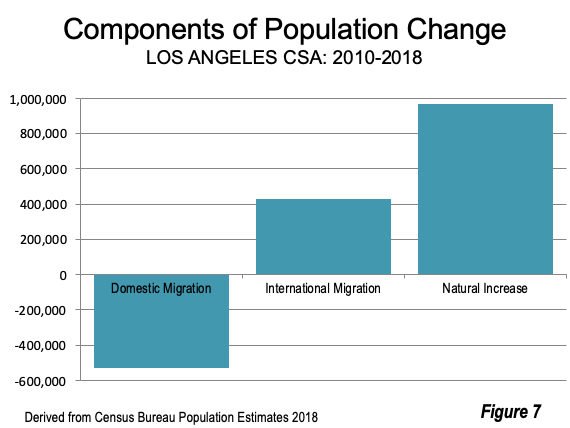 All of this adds up to a consequential reversal of the population growth that had characterized Greater Los Angeles, especially since 1950. The Los Angeles-Inland Empire urban area (which includes the continuous urbanization of Los Angeles, Orange, Riverside and San Bernardino counties) has grown by more than 11 million residents in the last seven decades (Note). Only Tokyo, Seoul and Osaka-Kobe Kyoto grew more among high-income world nations. At the same time, all of the first world urban areas larger than Los Angeles, these three and New York are doing less well than Greater Los Angeles in adding population.

Note: The continuous urbanization here is as reported in Demographia World Urban Areas. The growth since 1950 is estimated using data from Tertius Chandler, Four Thousand Years of Urban Growth: An Historical Census. Chandler’s work is generally considered the best on this subject.

Photograph: San Bernardino County: I-10/I-215 interchange at bottom, the city of San Bernardiono, Cajon Pass and, beyond the mountains, the Victor Valley. San Bernardino and Riverside counties (just to the south of the picture) had all of the population growth in Greater Los Angeles in 2017-2018.

Organic Urbanism is the Cure for New Urbanism