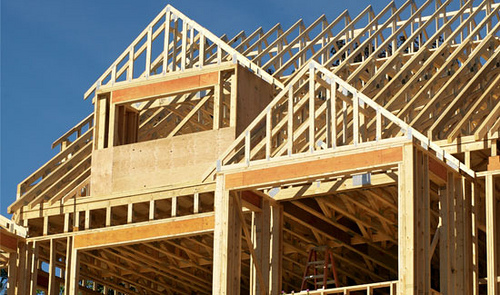 Jerry Brown worrying about the California housing crisis is akin to the French policeman played by Claude Rains in “Casablanca” being “shocked, shocked” about gambling at the bar where he himself collects his winnings.

Brown has long been at the forefront on drafting and enforcing regulations that make building housing both difficult and very expensive. And now he has pushed new legislation, which seems certain to be passed by the Legislature and signed by the governor, that makes it worse by imposing even more stringent regulations on greenhouse gas emissions, mandating a 40 percent cut from 1990 levels by 2030.

The press and activists may cheer the new bill, which will require massively expensive and intrusive measures likely to further raise housing costs. A 2012 study by the California Council on Science and Technology found that, given existing and potentially feasible technology, cutting back carbon emissions by 60 percent, roughly comparable with the new legal mandate, would require that “all buildings … either have to be demolished, retrofitted or built new to very high efficiency standards.” Needless to say, this won’t do much for housing affordability.

Brown’s bona fides in promoting housing inflation goes back, at least to his days as attorney general. Throughout his career, Brown has fostered policies that have contributed to the regulatory quagmire largely responsible for helping drive house values in California up more than three times the national rate in the last half century. Over that period, a dense mesh of regional and local regulations have seriously restricted land for urban development, adding significant costs for housing developers.

Some have seen Brown’s recent suggestions to loosen up some regulations and add to housing subsidies as positive, although they have little chance of making it through Sacramento due to environmental, labor and municipal opposition.

But even if it is passed, Brown’s proposal would hardly affect housing supply or prices, in large part, because the governor’s people-last radical environmental theology rules out what Zillow economists identify as the one of “tried-and-true” means of reducing housing costs: single-family tract housing developments on the periphery (where the city meets the countryside). In contrast, Brown’s housing proposal focused on larger, multifamily developments in urban core areas.

Brown and the middle class

Brown’s housing policies offer little to the middle class. Densification, for example, has no record of making housing affordable much of anywhere. It is also not what most people want, which is one reason that middle-class families, particularly young families, continue to move out of the state, according to an analysis of 2014 Internal Revenue Service numbers.

California millennials already have among the lowest rates of homeownership in the country, with many staying with their parents after their mid-twenties. Brown’s proposal would have at least produced small units, although such units are hopelessly unfit to attract young families.

The biggest victims: The poor, the working class and the new generation

Brown’s land-use regulation policies – including those tied to greenhouse gas emissions – have been disastrous, especially for low-income households. According to the U.S. Census Bureau, California has by far the highest poverty rate in the nation of any state when adjusted for housing costs. With a rate 50 percent above that of Mississippi, for low-income households, California is regulating itself into something of a third-world country, with large portions of the population stuck in permanent poverty.

Overall, two-thirds of the municipalities and Census-designated places with more than 5,000 residences in the United States with greater than 10 percent of housing units overcrowded are in California, according to the Census Bureau’s 2010-2014 American Community Survey.

Where are we going?

Brown’s legacy on housing has created a California that works for specific groups – some older home owners, urban land speculators – but leaves the state ever more crowded, plagued by miserable traffic and rising inequality. After all, California is already extremely dense: Census Bureau data indicate that Los Angeles is twice as dense as Portland, the density darling of urban planners. The Bay Area is 70 percent more dense than that “model” city, and cities like Fresno, Stockton, Modesto and even the small Los Banos urban area are also denser. In fact, California has the highest urban density of any state.

So before considering Brown’s claims to having solutions to the state’s housing crisis, Californians need to be aware of his real record. Brown may be childless, but he can claim to be the proud father of a California that resembles less than the aspirational model created by his father, but rather one more akin to the hierarchical, class-bound system more reminiscent of feudalism.

California residents, like other Americans, deserve some prospect for decent housing and homeownership. Rather than standing in the way of these aspirations, the state should look to facilitate sensible policies that allow for them to become reality for future generations.

Joel Kotkin is the R.C. Hobbs Fellow in Urban Studies at Chapman University in Orange and executive director of the Houston-based Center for Opportunity Urbanism (www.opportunityurbanism.org). Wendell Cox is principal of Demographia, a St. Louis-based public policy firm, and was appointed to three terms on the Los Angeles County Transportation Commission.

The future of Mobility
Scroll to top