You are here: Home1 / Planning2 / Comparing the Inflating Costs of Houston Highways vs. Transit

This week we have another always-excellent in-depth analysis guest post from Houston Freeways author Oscar Slotboom. This one is long but very worth it.

“The cost of those projects is going up by 20%, by 30%, and just wiping out that increase from the federal government that they were so excited about earlier in the year.”

Building public transit trains and tunnels in the United States had become absurdly expensive even before the recent inflationary surge. Tory recently mentioned the 78% increase in the estimated cost of Austin’s planned light rail, from $5.8 billion to $10.3 billion, with the tunnel section now projected to cost $978 million per mile. Other crazy-expensive projects include a rail tunnel extension in San Jose projected at $1.5 billion per mile, $521 million per mile for a mostly-elevated rail line in Honolulu, and Maryland’s Purple Line light rail which is 4.5 years behind schedule and sustained a $1.4 billion cost increase to $210 million per mile.

Let’s take a closer look at the costs and inflation for some transit and highway projects in Houston.

The desired metric for cost evaluation is overall project cost, including not only construction but also environmental studies, engineering, project management, utility adjustments, and right-of-way acquisition. Press reports normally include overall cost for transit projects. For highways, only construction cost is typically readily available. Highway project development (pre-construction) cost has historically been in the range of 20 to 25% of construction cost, but has recently risen to 29%. (Item 7A in May 2022, 1:43) I’ll use the 29% cost factor to estimate the overall cost of highway projects.

There is no recent data for Houston since there have been no major transit projects since 2015. In 2018 the cost of new light rail was averaging around $202 million per mile nationally, and is surely higher now. Extension of the Green or Purple Line to Hobby Airport is included in the MetroNext Plan. A 2018 plan document listed the project at an unrealistically low $881 millon for 7.3 miles, $120 million per mile, for the Purple Line option and $900 million for 6.4 miles, $141 million per mile, for the Green Line option.

The Hobby Airport extension for the Green and Purple lines is now listed in the most recent H-GAC document (May 2022) at $2.678 billion. Length is listed at 7.4 miles, which would be $362 million per mile (page 70). However, the length seems suspicious, since I come up with 10.6 miles, which would be $252 million per mile. The planned Red Line 5.9 mile north extension was listed in the 2021 document (page 77) at $1.561 billion but is now listed in the 2022 document (page 70) at $1.098 billion for 5.9 miles, $186 million per mile, which seems low. These numbers are in the column for year-of-expenditure cost, which is inflated to the project construction year, and both are listed for year 2040, which seems too far in the future. While we can’t make any per-mile cost comparisons from the H-GAC numbers, it is safe to conclude that the cost is going up and will be much higher than the numbers used to get approval of MetroNext.

Houston’s first BRT line opened in August 2020 with a reported cost of $192.5 million, which presumably includes the $57 million elevated connector along the West Loop and the nicely landscaped reconstruction of Post Oak. Funded by the Uptown district, it is built to high standards to enhance the area’s image. Tory and I are proponents of BRT as an alternative to light rail because BRT provides all the benefits of light rail with far greater flexibility (for example buses can use it and then proceed onto HOV lanes) and at a much lower cost, around one-quarter to one-third of light rail. Cost-wise, the Silver Line delivers, coming in at $46 million per mile. But it had bad timing of opening during the Covid-induced public transit ridership collapse and its ridership, most recently 741 boards per weekday, is far below projections. As Tory has mentioned, it is preferable to have a low-cost ridership bust instead of the high-cost bust that we have with the Green and Purple lines light rail.

report on cost increases for NHHIP in the May 2022 H-GAC 4-year transportation plan, but (no surprise) they did not mention a large cost increase for the University Line.

This cost is shocking considering the simplicity of two-lane BRT construction. Around 8 miles will be built on the clear strip of land adjacent to the Westpark Tollway, about as simple as it gets, and the rest will run on streets like the Silver Line on Post Oak, which will involve more complexity and street rebuilding. As we’ll see below, TxDOT can build major freeway expansions for around $60 million per mile and smaller freeways for around $30 million per mile.

TxDOT has detailed online data for the highway cost index which is updated monthly. The chart below from the official page shows that the Texas Highway Cost Index has increased slowly over the last 10 years. At the end of 2021 the index was up 28.3% since 2012, a compound annual rate of 2.5%, only a little higher than the CPI rate of 2.1% during this period. This relatively low rate of highway cost inflation has kept highway construction affordable. However, we can see a very strong upward trend in recent months, consistent with the press report mentioned at the top of this post. No Houston projects have been adversely affected so far, but projects in Austin, El Paso, and San Antonio sustained big increases.

Read the rest of this piece at Houston Strategies.


Tory Gattis is a Founding Senior Fellow with the Urban Reform Institute (formerly Center for Opportunity Urbanism) and co-authored the original study with noted urbanist Joel Kotkin and others, creating a city philosophy around upward social mobility for all citizens as an alternative to the popular smart growth, new urbanism, and creative class movements. He is also an editor of the Houston Strategies blog.
https://secureservercdn.net/72.167.242.17/be6.064.myftpupload.com/wp-content/uploads/2022/07/houston-highway-rail-transit-infrastructure.jpg?time=1669715772 1051 1600 Tory Gattis /wp-content/uploads/2020/03/URI-logo-claret.png Tory Gattis2022-07-05 19:14:042022-10-05 11:10:13Comparing the Inflating Costs of Houston Highways vs. Transit 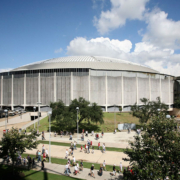 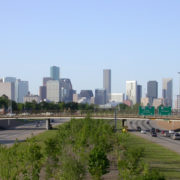 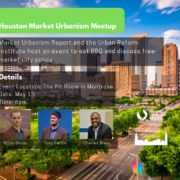 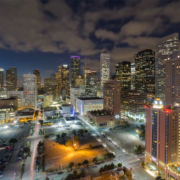 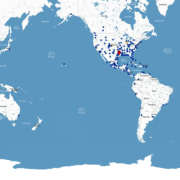 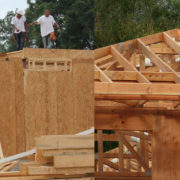 The Death of Texas High-Speed Rail

New Book: Houston as the Bold Case Against Zoning
Scroll to top