You are here: Home1 / Demographics2 / Feudal Future Podcast — The Passing of a Party? The Future of the GOP...

On today’s episode of Feudal Future hosts Joel Kotkin and Marshall Toplansky are joined by Charles Blain, Brian Calle, and Cullum Clark to discuss the future of the GOP.

Brian Calle is the CEO and publisher of LA weekly. Since 1978, LA Weekly has been decoding Los Angeles for its readers, infiltrating its subcultures, observing and analyzing its shifting rhythms, digging up its unreported stories and confronting the city’s political leaders.

Dr. J.H. Cullum Clark is the Director of the Bush Institute-SMU Economic Growth Initiative where he is responsible for managing various aspects of the new partnership between the Department of Economics and the Bush Institute and leads the Initiative’s work on domestic economic policy and economic growth.

[3:42] Joel compares the GOP to France’s right, saying how the GOP is on its way to becoming a voiceless, minority party.

[6:17] Charles dissects the party, explaining how the party has no unifying voice, member accountability, or adherence to principles.

[26:00] Joel speaks about the GOP’s racial insensitivity, lack of positive programming, and opposition of big tech.

[29:48] The episode ends with the hosts and speaker’s optimism on rational bipartisan debates in both the Senate and the House.

This show is presented by the Chapman Center for Demographics and Policy, which focuses on research and analysis of global, national and regional demographic trends and explores policies that might produce favorable demographic results over time. 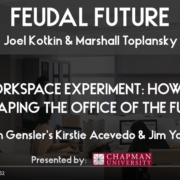 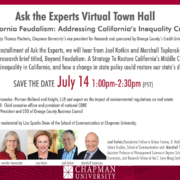 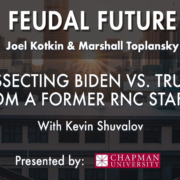 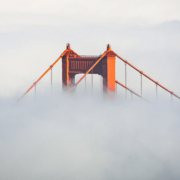 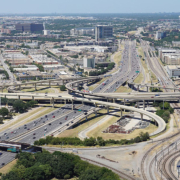