You are here: Home1 / Housing2 / The New Shame of Our Cities 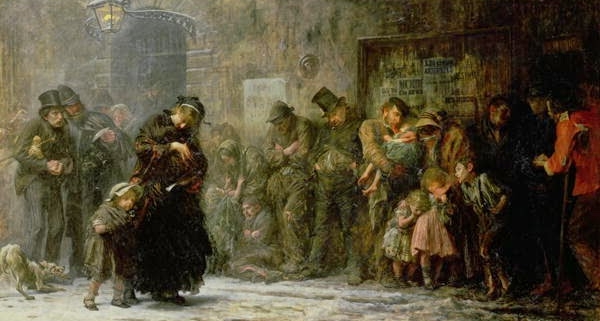 A metropolitan economy, if it is working well, is constantly transforming many poor people into middle-class people, many illiterates into skilled people, many greenhorns into competent citizens. . . . Cities don’t lure the middle class. They create it.
—Jane Jacobs

Perhaps no song has been belted out more often than the one that claims that America is moving “back to the city.” Newspapers, notably the New York Times, devote enormous space to this notion. It gained even more currency when the Obama administration sec­retary of Housing and Urban Development, Shaun Do­novan, pro­claimed that the suburbs were “over” as people were “voting with their feet” and moving to dense, transit-oriented urban centers.

This celebration perhaps reached its crescendo when Amazon initially announced its move to Crystal City, Virginia, and Queens, New York. “Big cities won Amazon and everything else,” Neil Ir­win of the Times predictably enthused. “We’re living in a world where a small number of superstar companies choose to locate in a handful of superstar cities where they have the best chance of re­cruiting superstar employees.”

In fact, however, these views are more aspirational, or even delusional, than reflective of reality. Overall, data suggests that we are not seeing a great “return to the city” but, with few exceptions, a continued movement out to the suburbs and less dense cities, nota­bly in the sunbelt. The spurt of urban core growth that occurred immediately after the housing bust turned out to be remarkably short lived, with the preponderance of metropolitan growth—roughly 80 percent—returning, as has been the case since at least the late 1940s, to the suburbs and exurbs. Indeed, at no point did Census Bureau estimates show net domestic migration from suburbs to core cities, only a reduced rate of migration in the opposite direction.

Even the country’s most influential urbanist, scholar Richard Florida, now suggests that the great urban revival is “over.” Rather than the usual belief that density leads to productivity and innovation, a new Harvard study demonstrates that, between 1970 and 2010, suburban areas have overall steadily increased their economic advantages: the share of suburbs making up the top ranks of all urban and suburban neighborhoods (measured as the top quartile) went from roughly two-thirds in 1970 to almost three-quarters by 2010.

Even at the peak of the urban “renaissance,” most of the population and job growth continued to occur in the suburban periphery. Cities achieved some parity in growth rates in the period between 2009 and 2011, as presidents Bush and Obama provided “a covert bailout” to banks, universities, and government bureaucracies concentrated heavily in and around urban cores.

Yet as the rest of the economy improved, and urban land prices rose, population movement again shifted away from the dense inner city to less compact, more affordable locales. Analysis of census data by demographer Wendell Cox found that the core counties of the metropolitan areas with populations of more than one mil­lion, after losing only ten thousand net domestic migrants in 2012, experienced an outflow of nearly 440,000 by 2017.

Joel Kotkin is the Roger Hobbs Distinguished Fellow in Urban Studies at Chapman University and executive director of the Houston-based Center for Opportunity Urbanism. He authored The Human City: Urbanism for the rest of us, published in 2016 by Agate. He is also author of The New Class Conflict, The City: A Global History, and The Next Hundred Million: America in 2050. He is executive director of NewGeography.com and lives in Orange County, CA.

After Amazon: What Happened in New York Isn’t Just About New York

Should “Be Someone” Be Houston’s Official Motto?
Scroll to top