You are here: Home1 / Urban Issues2 / The Real State of America’s Inner Cities 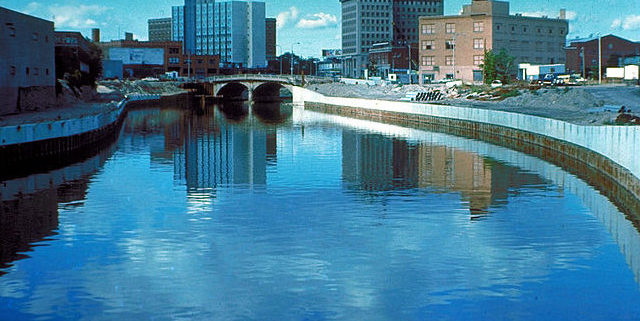 The New York Times ran a piece in today’s paper about the state of America’s inner cities – and of course Donald Trump. Their conclusion is that the landscape of America’s cities, and of American blacks – the “inner city” is clearly a racially loaded term – is complex.

There’s no one size fits all model of cities. Some cities like New York indeed have become amazingly successful. But it’s also true that many post-industrial cities remain in terrible shape.

Even within the successful cities, there are immense divisions. Chicago is booming in its downtown and North Side. But the South and West Sides are seriously struggling.

Black America also has a complex landscape. Highly educated blacks are doing very well. It’s an under-reported story that upscale suburbs like Carmel, Indiana and Overland Park, Kansas are seeing strong black population growth and population share growth, although the totals in both cases remain modest. Cities like Houston, Atlanta, and Charlotte are becoming magnets of black middle class. The black population is also strongly suburbanizing, part of the general trend of the diversification of the suburbs. The South retains a significant rural black population.

But undoubtedly black poverty remains a big issue, both in cities and in suburbs. Black America as a whole remains far behind white America in economic success. Last I checked, black median household income was around $35,000, compared with $57,000 for whites. The wealth gap was even more stark, with the black household median at only $7,000 compared with $111,000 for whites.

So the idea that America’s cities are uniformly decayed or that black America is uniformly failing isn’t accurate, but it certainly is true that significant portions are dealing with bigtime problems.

Where did Trump get his ideas about America’s cities? The media have seemed to suggest he’s simply holding on to outdated 1970s stereotypes. But that seems unlikely. He lives in Manhattan and started building there in the 70s. He knows the difference.

It’s pretty obvious where Trump got the idea that inner cities and black America are in bad shape. He got it from urban progressives themselves.

In the last two years the urbanist discourse has been increasingly dominated by racial issues: Black Lives Matter, housing discrimination and segregation, income inequality, and a general arguing that American society is saturated with racism that is the cause of many and pervasive ills in the black community.

It’s only now, after Trump said basically, “I agree”, that all of a sudden people start talking about this complex, nuanced landscape. Urban progressives need to take an accounting of how they have been talking about things too.

The idea that Trump is intending to denigrate the inner city is obviously false. He uses the same type of rhetoric about “disasters” and such when talking about white working class industrial and mining towns. His whole point is  that the people in these places are victims of a venal and incompetent elite. He surely means the same thing in describing inner cities.

The difference is that he found a rhetoric that resonated with working class whites. That same rhetoric is not resonating with working class blacks. What poor whites interpreted as a validation of their worth, many blacks have interpreted as a denigration of their accomplishments in the face of adversity.  Trump will never win the leadership class in cities. But if he’s serious about wanting to help these communities, clearly on his to do list is finding new rhetoric that speaks to the rank and file urban black community in a way that resonates.

As for the word “carnage,” I don’t know how else to describe what’s happening in Chicago. The global media have been full of front page type stories over the last two years about the horrific violence there, and justifiably so. I agree completely with critics that Chicago’s police department is in dire need of reform. The lack of internal reforms there may explain a lot of the difference in the crime trajectory of Chicago vs. NYC and LA. But the attempts to explain away what’s going on in Chicago – nowhere near historic highs! St. Louis has a higher murder rate! – is unbecoming. It is a legitimate disaster.

There also does remain an immense amount of work to do on integrating blacks into mainstream American success. One mind-boggling factoid that I saw recently came from Mitch Daniels’ open letter to the Purdue University community. It says that only about 100 black high school grads a year in the entire state of Indiana have GPAs and test scores at the average level of Purdue freshmen. Last year Purdue only admitted 26 total students of all races from Indianapolis Public Schools.

Mitch is making it his business to do something about it. Purdue is planning to open its own high school in Indianapolis to try to better prepare black students for college.

America as a whole needs to do the same. Regardless of who or what is to blame, black Americans, and others left behind in our highly unequal cities, are our fellow citizens whom we should care about as neighbors. Integrating them fully into mainstream success is an imperative.

Trump isn’t wrong that there are big problems that need to be faced. The challenge I’d put to him is to engage seriously on the many complex structural challenges involved. Some problems – rebuilding water and sewer infrastructure, which is a dire need – really are “simple” problems of engineering and money. Many others like policing are not.

In the near term, he needs to put his branding, A/B testing, etc. skills to work, and rebuild the way he talks about cities and the black community. That will be one test of how serious is about rebuilding America’s inner cities.

This article was orginally published in Urbanophile

Aaron M. Renn is a Senior Fellow at the Manhattan Institute for Policy Research and a Contributing Editor at its quarterly magazine City Journal. Renn is also an economic development columnist for Governing Magazine, and has contributed to the Guardian, Forbes.com and other publications. His perspectives on urban issues are regularly cited in global media outlets which have included the New York Times, the Washington Post, Time, the Economist, and the London Daily Telegraph.