You are here: Home1 / Suburbs2 / Our anemic suburbs: Every urban area needs its outskirts — and New York C...

New York City has prospered since the great recession of 2008, buoyed by an endless supply of free money from Washington that’s elevated the stock and real estate markets. But the broader metro region has struggled, in an ominous sign of tougher times to come.

Little acknowledged in the discussion of New York’s “tale of two cities” is something beyond the control of Mayor de Blasio: the fading of the city’s once-thriving suburbs, even as the city grows more populous and more expensive.

Although some urban boosters blame suburbs for city ills and wish for their demise, the truth is they depend upon one another. Suburbs, including in New York, have long provided a local outlet for people to migrate to from the urban core as they start families and otherwise age out of cloistered living. But in the outskirts of Gotham, this model now appears to be in decline.

At a time when New York City itself is growing, the suburban dream here has slowly died, choked off by a difficult commutes, stagnant local economies, rapidly rising house prices and punishing property taxes. Another threat facing this housing market is that of Radon Gas. To see if your home could be effected you could book an inspection with home inspectors syracuse ny such as Brightside Home Inspections. House prices in New York’s suburbs in New York and New Jersey have doubled relative to incomes since 2000. In Suffolk and Passaic, N.J., they’ve tripled. The suburbs in New York also have among the nation’s highest property taxes.

When New Yorkers get to the point they want to start a family and buy a house, those who can — the best and brightest — are no longer decamping for places like Great Neck or Scarsdale but appear to be leaving the region entirely.

The decline is evident in Long Island, where there is very little new building and time seems to have stopped around 50 years ago. New restaurants, malls and cultural facilities are rare. Long Island and New Jersey have lost sports franchises to Brooklyn. Unlike in other regions, few businesses leave the city for the surrounding suburbs.

Nor is this just a matter of mass migration to one or two places. Greater New York loses net migrants to virtually every big urban region of the country, including Los Angeles as well as such diverse places as Philadelphia, Washington, Boston, Atlanta, Dallas-Fort Worth and Houston.

To some urbanists, this decline of New York’s suburban belt represents welcome news. After all, between 1950 and 2010, more than 95% of the region’s growth took place on its periphery, and worries focused on the hollowing out of the urban core.

Since 2010, those trends have had a stunning reversal: The boroughs have added 316,000 people — a growth rate four times that of the burbs.

But what makes urban boosters trill in ecstasy also suggests that greater New York is no longer a place that accommodates upward mobility.

A lot of that comes down to the bottom line. Between property values and property taxes, the cost of suburban living in Nassau and Westchester no longer offers the relief it once did. Throw in arduous commutes, and even the appeal of a yard and a good school fades for many.

The point comes into especially sharp focus when you stack New York City up against other big metro areas. Across the country, suburbs are still growing faster, often much faster, than cities, according to a Brookings Institution analysis of Census statistics.

Many of those places — including Austin, Charlotte and Nashville — are experiencing a revival of both their cores and their suburban rings. In Houston, which has enjoyed one of the biggest inner-city booms in the nation, two-thirds of all new units are single-family houses, usually in the suburbs. This preponderance of single-family homes is common in the areas that New Yorkers are going to, such as Charlotte, Orlando and Dallas.

Of the nation’s 52 largest metropolitan areas, New York had the lowest percentage of single-family homes, some 26%. Nor are enough new apartments being built to accommodate New Yorkers. Between 2011 and 2014, the New York region was 42nd in the percentage increase in the number of building permits issued.

To some extent, the ailment reflects Gotham’s unique economic climate, increasingly dominated by key industries — tourism and hospitality, media and finance — that tend to concentrate in high-cost, high-density urban centers. These sectors, along with tourism, have driven New York’s recovery, unlike in the Bay Area, Raleigh or Austin, where technology has played the key role.

Once, greater New York boasted a large and important technology industry (remember IBM?), but no longer. Despite the endless hype about New York being a “high-tech” capital, today the region suffers one of the lowest percentages of engineers per capita — 77th out of 85 large metro areas. Greater New York City is never going to be the next Silicon Valley.

With no economic engine, but with property taxes among the highest in the nation, New York’s suburbs are a drag. In a recent ranking of the best places for jobs we developed for Forbes, New York City, although slipping somewhat, ranked a respectable 17th. But Northern New Jersey, Long Island and close-in parts of Connecticut were all near the bottom of the 70 metropolitan areas studied.

The result is that even as the city swells, giddy with gentrification and Brooklynization, the region continues to hemorrhage people at the highest rate of any large metropolitan area. Over the past four years, 528,000 more people left for other parts of the country than came here from them.

New Yorkers tend to think of the city as diverse and of suburbs as lily-white. But in other parts of the country, suburbs are increasingly the geography of opportunity not just for young families, but for immigrants and minorities in particular.

New York is the exception. Few African-Americans head to Westchester, but many leave for the sprawling reaches of Atlanta, Dallas or Houston — places where they are twice as likely to own their own homes.

It may be fine for the jaded offspring of the wealthy who can afford to stay in Gotham to look down on these new sunbelt residents and suburb-dwellers. But for many, these geographies offer unprecedented opportunity to live in safer and less poor areas.

And the New Yorkers who leave — like migrants in general — tend to be those who are most ambitious. One doesn’t move to Texas to gain access to government benefits, which are much less generous there than in New York, but for greater opportunity.

One could argue that New York City can thrive simply by drawing ever more highly educated millennials to the five boroughs. Between 2010 and 2014, the city gained 106,000 college-educated people ages 25 to 34, with nearly half of them moving to Brooklyn. The suburban rings gained barely 38,000.

But new research shows the millennial rush to Gotham is already slowing. Between 2008 and 2010, according to an analysis by demographers at Cleveland State University, New York ranked a respectable eighth among the 40 largest metropolitan areas in terms of attracting young, college-educated people, growing by 15.6%. But it dropped to 27th between 2010 and 2013 with a growth rate of barely 5%.

One reason for this shift: the rising cost of shelter. In New York City, market-rate renters now spend 40% of their incomes on rent, well above the national average of under 30%. Rents increased between 2010 and 2015 by a staggering 50%, while incomes for renters between ages 25 and 44 grew by just 8%.

Some suggest that young New Yorkers will be willing to live in ever-smaller places, like the “micro-apartments” now being pushed by developers and the mayor, in order to stay in the city. But basic research does not support this assertion. As the price of housing in the city has skyrocketed, young people have instead begun opting for less expensive metropolitan areas entirely. People move to such places to live an urban lifestyle that, although hardly as exciting as New York, does not require living in a glorified shipping crate.

Half-hearted attempts in places like Nassau to become a bit more urban haven’t helped, since they ignore the fundamental advantage — particularly to families — of a less dense, village-like atmosphere.

And ignore trend stories about retirees moving back to the city. In fact, urban residence drops precipitously with age. Between 2000 and 2010, America’s dense urban cores registered a decline of more than 100,000 seniors, while the suburbs and exurbs gained 2.8 million.

A final note of warning: If trends hold, and middle-class families with no affordable place to settle flee the region entirely, it is likely that New York’s already deepening inequality will get worse.

As Mayor de Blasio continually reminds us, poverty here co-exists cheek-to-jowl with wealth. If it were a country, New York City would have the 15th highest inequality level out of 134 countries, landing between Chile and Honduras.

To bridge this growing gap, the larger New York area needs homes not only for investment bankers and media moguls, but also for ordinary middle-class families. In a functioning economic ecosystem, those homes are naturally found in Levittown and other towns in the suburban rings.

Which means the fate of de Blasio’s project to build a fairer city depends in no small part on the revival of the suburbs once considered escape valves from the five boroughs. If the suburbs continue to flail, the region — and the city itself — will suffer.

Kotkin is a presidential fellow in urban futures at Chapman University in Orange, Calif., and executive director of the Houston-based Center for Opportunity Urbanism. Cox, a fellow at the center, is principal of Demographia, a consultancy based in the St. Louis area. 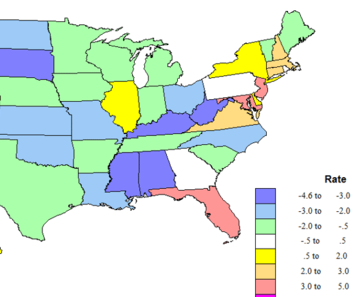 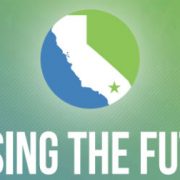 The Cities Doing the Most to Address the U.S. Housing Shortage
Scroll to top