You are here: Home1 / Demographics2 / Wave of migrants will give Europe an extreme makeover 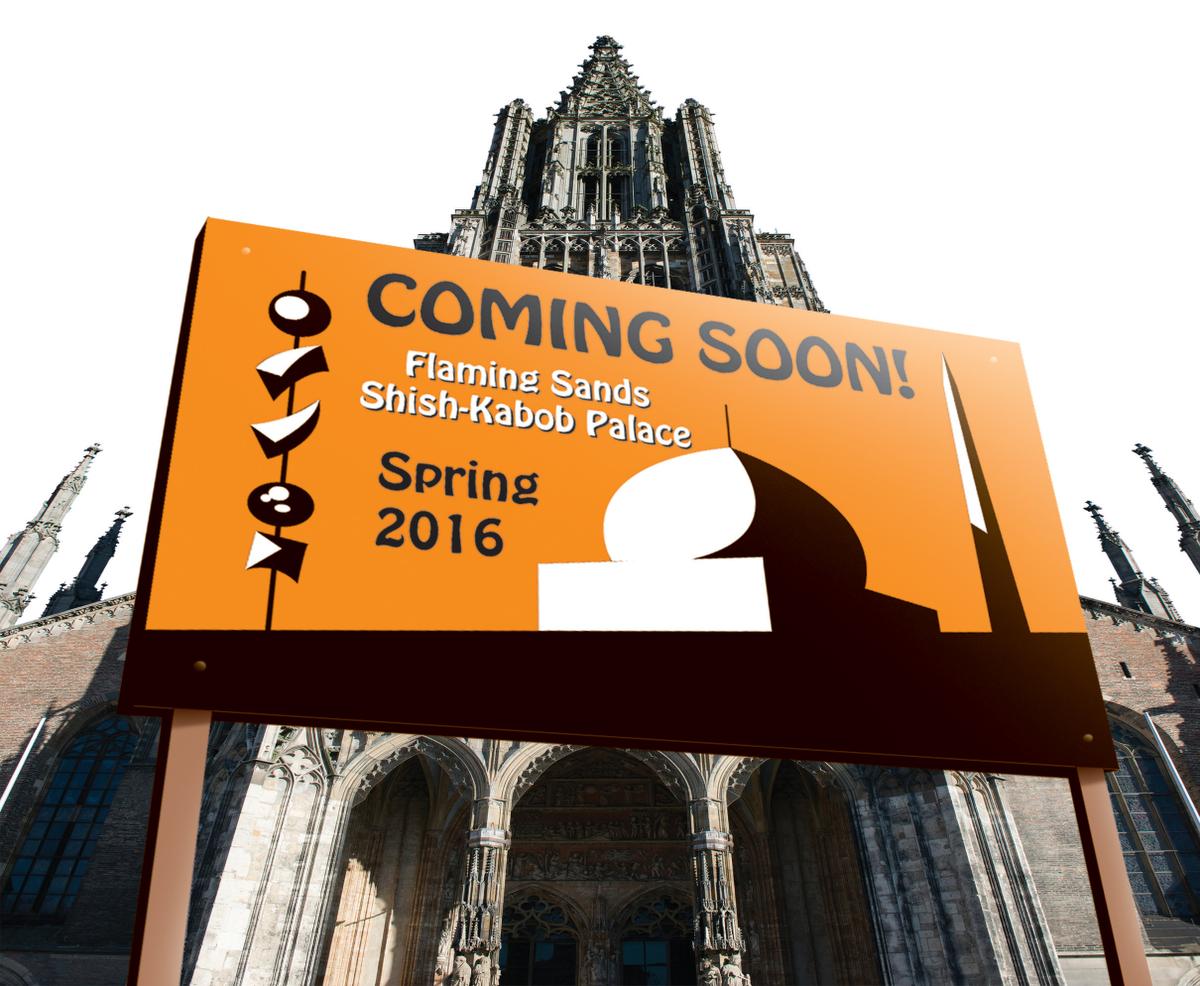 The massive, ongoing surge of migrants and refugees into Europe has brought up horrendous scenes of deprivation, along with heartwarming instances of generosity. It has also engendered cruel remembrances of the continent’s darkest hours. But viewed over the long term, this crisis may well be the prelude to changes that could dissipate, and even overturn, some of the world’s most-storied and productive cultures.

Some may prefer to ignore the long-term impacts of huge migration from the often-chaotic developing world – where 99 percent of the world’s population growth will be taking place – to the more orderly, prosperous and low-fertility richer countries. Separated from the daily drama, the human movement from Syria, the rest of the Middle East and Africa can be seen as potentially changing European society forever by breaking its already-weak Christian foundations and threatening the future of Europe’s elaborate welfare states. In many ways this invokes the vision laid out in the 1973 French novel “Le Camp des Saints,” which envisioned a Europe overwhelmed by a tide of poor refugees.

These concerns, of course, are not simply European. The flow of generally lower-income people from Central and South America has emerged – largely courtesy of the demagogic Donald Trump – as a key political issue in the Republican presidential race. Claims, based on federal employment data, that immigrants have gained far more jobs in the recovery is the kind of thinking that keeps Trump in business. Concerns about other transfers from the Third World to the First World have also surfaced in a host of other countries, including Canada, Australia and even orderly Singapore.

The roots of the current crisis go back to social changes associated with modernity. In the high-income societies, the liberation of women, the decline of religion and the elevation of individualism over family culture has created, not surprisingly, a growing demographic deficit. In some countries, including Russia, Germany, Japan, Taiwan and Italy, as well as much of Eastern Europe, birth- rates have been low enough for long enough to put these societies on the road to rapid population declines.

At the same time, in many developing countries, improved health standards, as well as generations of high birthrates – now finally declining in some countries – have created, for now, a surplus of younger people with little economic opportunity. This group is experiencing great cultural confusion as it confronts war, religious strife and oppression that drives younger people to Europe and other higher-income countries.

On the positive side, the immigrants could help Europe overcome the looming demographic deficit that threatens growth. Germany, for example, faces a chronic labor shortage. Its workforce is expected to decline by 7 million by 2030, leaving the country with annual deficits of upward of 400,000 skilled workers. Yet many of the migrants headed to Germany do not have the skills to participate in that country’s high-end economy. They also threaten to inject many of their homelands’ maladies, ranging from jihadism to street crime, into what had been fairly prosperous and peaceful societies.

To work, the new migration must be integrated, at very least on the political and economic levels, with the host society. America’s historic genius – now being threatened here by fashionable multiculturalism – has been assimilation. It is also our good fortune that our primary sources of immigrants – Asia and Latin America – do not come from cultures hostile to Western values.

Germany’s fate could be different, which would be tragic for a country whose large aging population needs to be supported. It will be, in part, up to these migrants, including those hostile to European ideals, to either help with this or, at least, not make the deficits worse.

This new migration comes at a time of profound weakness of European culture. If one thing has united Europe in the past, it was a common Christian heritage. Small minorities were sometimes tolerated, although clearly not always, as the Jews can attest. But Christianity did provide a set of values and a common approach to the past that was useful in bridging national cultures.

But today’s Europe is experiencing something close to a collapse of religiosity, with church attendance rates among the lowest on Earth. In the Czech Republic, for example, it is widely claimed that more people believe in UFOs than in God.

Overall, Europe is rapidly becoming “post-Christian,” inserting in its place a religion of good intentions. This could well, as the saying goes, lead to a hellish outcome.

Certainly, vague humanitarian sentiments may not be much of a match for the beliefs of a much stronger religious community, with powerful and ancient values, and still with a strong attachment to family. Previous waves of immigrants – including those of the 1960s – entered a confident society with strong values and a decent birthrate. Today, they confront a European society that does not much believe in anything but a post-modernist faith in their own emotions.

As Europe’s Muslim population continues to surge rapidly, particularly in northern Europe, these old European values – religious but also civil – can be expected to erode further. As the Daily Mail’s Peter Hitchens has pointed out, immigrants to Anglophone countries, in relatively small numbers, generally adjust to the prevailing pluralistic values of the new societies. Now, he suggests, Europe faces an “unstoppable demographic revolution in which Europe (including, alas, our islands) merges its culture and its economy with North Africa and the Middle East. If we let this happen, Europe would lose almost all the things that make others want to live there.”

This diminished Europe seems to lack the will to close a door opened once Germany decided to embrace endless migration. Germany, which may take 800,000 refugees this year, recently suggested it could accept an additional 500,000 annually for the next several years. In the process, the cultural life of the continent likely becomes more “multicultural” and global, and ever less European. Its lodestar is no longer its own past or its common European dream, but a future determined by affairs elsewhere, and by people who, in many cases, are largely indifferent toward the continent’s historical legacy – including some who wish to demolish it.

Ironically, it was German Chancellor Angela Merkel who proclaimed five years ago that “multiculturalism had utterly failed” in her country. Merkel now has become the chief enabler of a massive shift in population that can only – given the weakness of Europe’s own culture – be essentially merged with, and even undermined by, that of the Islamic world.

Yet not everyone in Germany, or elsewhere on the continent, has forgotten the chancellor’s admonition. Some of the opposition comes from those Eastern European countries, notably, Hungary, the Czech Republic and Slovakia, that now find their own integration into the European Union complicated by the great migration. Poorer, less sure of themselves and outside the good-intentions consensus, these countries have become outliers, much as they were in Soviet times.

But strident nationalism is not restricted to post-Soviet Europe. In France, where 56 percent of locals oppose accepting refugees from Syria, Marine Le Pen’s National Front is a legitimate threat to win the presidency. And there are smaller, but similarly oriented parties in Holland, Sweden, Finland and Austria. This includes many of the most liberal countries in the world. Denmark’s immigration ministry has tightened its rules and even placed ads in Beirut, Lebanon, newspapers, urging migrants not to come.

Even in Britain, historically a migration magnet, the United Kingdom Independence Party which, although not openly racist, follows both anti-immigration and anti-EU policies. UKIP is thriving in a country where the majority sees Islam as a threat, and three-quarters of Britons expect more terrorist attacks.

In almost every country, affluent and educated people are far less likely to oppose greater immigration than their more working- and middle-class fellows. It’s easy for the cosmopolitan upper tier – who enjoy the benefits of cheap domestic labor, colorful cultural festivals and ethnic restaurants – to dismiss these concerns. But, on the street, the impacts are felt more prominently by citizens who often live in neighborhoods and suburbs where migrants settle.

Can this kind of reaction happen here? It seems to be already taking shape through the personality of Donald Trump, who has tapped this concern in a crude, but effective manner. At the same time, a growing number of liberals, including writer Thomas Frank and Democratic presidential hopeful Bernie Sanders, acknowledge that the economy of “open borders” could accelerate the rapid decline of our native-born working class and middle class, something that even some “open borders” advocates acknowledge. The crisis of migration may be most acute in Europe, but it is rapidly taking on a global cast that could become ever more divisive in the years ahead.

Joel Kotkin is the R.C. Hobbs Fellow in Urban Studies at Chapman University in Orange and the executive director of the Houston-based Center for Opportunity Urbanism. 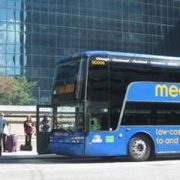 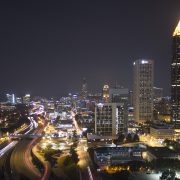 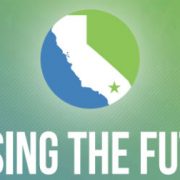 Black Exodus: African-America Children to the Suburbs
Scroll to top