Photo: Getty Images
Can the liberal narratives now invoked to explain Baltimore’s problems lead to a revival of this once-prosperous port city?

New evidence shows minorities now do better in the American South. Of all the “solutions” for post-riot Baltimore, the best poverty cure—at least for African-Americans trapped in poverty—appears to be the one that attracts the least notice: Find a new town to call home.

The message comes via two new studies of upward mobility. The first is from Harvard’s The Equality of Opportunity Project. It finds that a poor child whose family leaves a bad neighborhood for a good one will have better long-term economic prospects.

The other, by Joel Kotkin’s Center for Opportunity Urbanism, measures (by median household income, self-employment, housing affordability and population growth) the best and worst cities for America’s racial minorities. Its finding puts self-styled progressives to shame: Of the top 15 cities for African-Americans today, 13 are in the former Confederacy.

The Relative Worthlessness of Good Intentions…

Let’s not mince words. The Harvard study identifies Baltimore as the city where the odds are most stacked against a child’s escaping poverty. Mr. Kotkin says his center’s study underscores “the relative worthlessness of good intentions.”

It also underscores the worthlessness of most of the conversations about Baltimore’s future. These include President Obama’s urging more federal “investment” in the city. Or Mayor Stephanie Rawlings-Blake’s looking to the Federal Emergency Management Agency for $20 million to pay for the riot damage. Or former Baltimore Mayor Martin O’Malley’s run for president on the same government-first orthodoxies that help explain all those boarded up buildings that Americans saw during last month’s televised riots.

For the people of Baltimore, meanwhile, reality remains bleak. This past weekend two double shootings upped Baltimore’s monthly murder total for May to the worst level since 1972. Is there anyone in America who really believes that the liberal narratives now invoked to explain Baltimore’s problems (mistrust of police, racial inequality, etc.) will lead to a revival of this once-prosperous port city?

Now, it’s true that the study by Mr. Kotkin’s center does list Baltimore among the places where blacks do relatively well. But a closer look shows this is an artificial prosperity owing to the city’s proximity to Washington and the federal jobs that mitigate the city’s debilitating business environment. A closer look further shows a growing divide between African-Americans in Baltimore’s suburbs who benefit from those federal jobs and those languishing in the inner city.

Clearly, some have taken the message. From its peak of 940,000 in 1960, Baltimore has lost more than a third of its population. Sadly, it is not unique: The same cities—Chicago, New York, Philadelphia, New York—that in the 20th century served as magnets for African-Americans from the South are now seeing a reverse migration. Today African-Americans seeking opportunity are leaving for such places as Atlanta, Dallas, Charlotte and Miami.

Why are they going? Mainly for two reasons: jobs and housing.

The Center for Opportunity Urbanism’s study compares what it calls “luxury cities” such as New York and San Francisco with the “opportunity cities” of the Sunbelt. While the former have “strongly progressive politics” that include “more generous welfare provisions,” they simply don’t deliver the goods for minorities. Even more ironically, as San Francisco shows, the “hipster economies” so beloved by urban progressive planners tend in practice to result in whiter and less ethnically diverse cities.

By contrast, the Southern cities that blacks fled in the past century now provide the opportunities a new generation of African-Americans are using to build better lives for themselves and their families.

Of course, Dixie has changed too. In 1960 Martin Luther King Jr. was arrested for sitting at a segregated lunch counter in Atlanta. Today the Center for Opportunity Urbanism ranks Atlanta the best city for black Americans. This in the state that gave us Lester Maddox and his infamous ax handle.

These findings also suggest that Republicans should welcome a debate over economic growth. Too often, growth is treated as a matter of numbers. What a terrible way to talk about a community’s lifeblood, which provides ordinary families with better paychecks, puts decent housing and schools within their reach, offers the opportunity to rise in society—and gives parents of modest means the classic American confidence that their children will do even better than they do.

The big-city blue political machines, with their dependence on the public-sector unions, will never get this. Far from coming to their senses, as their cities continue to hemorrhage people and businesses, the liberal answer is always more of the same. Even worse, the perverse effect of it all is to leave these political machines stronger because their economic failure drives out any source of sensible opposition. Look at Detroit.

Hedge-fundies and CEOs are going to make money even in the slowest-growing economy. But for African-Americans stuck in dream-killing cities like Baltimore, what does it say about progressive fixes that their best option is to pick up and head south?

This article was originally printed in the Wall Street Journal on June 1st, 2015. 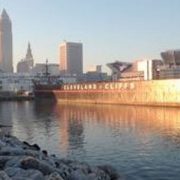 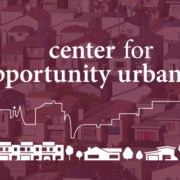 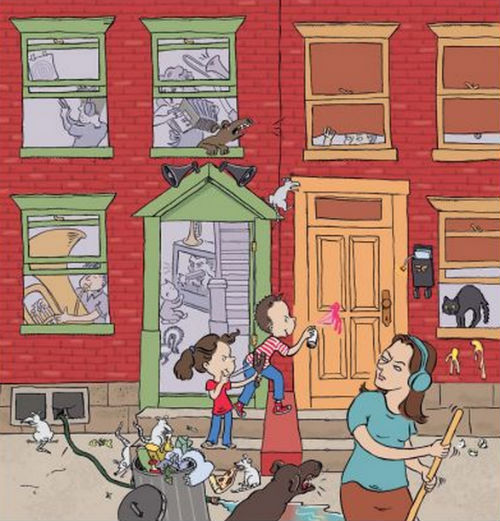 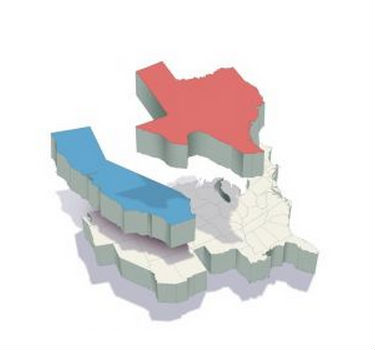 Kotkin & Cox: Rise of the nation-states

Dispersion and Concentration in Metropolitan Employment 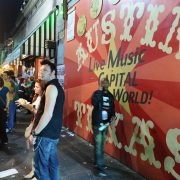 Better Suburbs = Better Cities: Employment and the Importance of the Suburban...

Mall’s Washed Up? Not Quite Yet
Scroll to top