Hope everyone is staying safe. A few random items this week:

Following up on my post back in Feb about the potential permanent closure of the Bagby and Brazos entrance/exit in Midtown to/from the 59 Spur, I think the City finally made the right decision: Houston Public Works withdraws Brazos Street bridge revamp plans

“Houston Public Works has pulled proposals to permanently close the Brazos Street bridge and implement new pedestrian features around a corridor threaded between the Montrose area and Midtown.”

“Please be advised that the Houston Public Works Department along with Mayor Turner has made the decision to resume the project with the original design,” reads a Public Works notice sent to stakeholders on April 2.”

CNN: Why Texas will soon be the most politically important state

“Of the 10 counties with the largest population growth in the country between 2010 and 2019, six of them are in Texas. Harris/Houston had the 2nd largest population increase adding more than 620,000 people just behind Maricopa/Phoenix.”

NYT: Even Before Coronavirus, America’s Population Was Growing at Slowest Rate Since 1919.  Cool but random that they used a picture of Rice University.

“Large metro areas had the steepest decline over the course of the decade, Mr. Frey found in an analysis, with the growth rate down by nearly half. Rural areas, in contrast, grew slightly by the end of the decade, though that followed several years of declines.

Places that had once been popular destinations for young people — New York, Los Angeles and Chicago — ended the decade with some of the biggest declines. New York began losing population in 2017, and last year it registered a loss of more than 60,000 people, the biggest population decline of any American city, Mr. Frey found.

The housing market collapse of 2008 and the rising prices in suburbs prompted millennials to move to big coastal cities. But that pattern reversed by mid-decade, Mr. Frey said, as millennials fled rising rents and home prices.

Places with the biggest gains for the decade were Dallas, Houston, Phoenix, Atlanta and Washington, D.C. Medium-size metro areas, like Las Vegas, have also moved up the ranks of gainers, as have Charlotte, N.C.; Seattle; and Austin, Texas.

NYT: The Face of Houston’s Diverse Dining Scene Is a White Guy From Nebraska – The chef Chris Shepherd has promoted immigrant restaurateurs and the city, and become a big name himself in the process. Pretty cool PR for Houston’s dining scene.

NYT: The Mystery of the Missing Bus Riders. Hat tip to Sheila.

“The experience of Los Angeles County — with its dense urbanization and ideal weather — should be a warning to those, in California and elsewhere, who assume that high density, “transit oriented development” and substituting transit for driving alone naturally go together. In fact, they do not.”

Report: Houston ranked No. 2 in the country for corporate relocation, expansion projects landed in 2019

Finally, a fun item to end the week with: Nolan Gray’s alignment chart for cities, with Houston perfectly positioned at Chaotic Good due to our lack of zoning. This one sparked a huge debate in the Market Urbanism Report Facebook Group and on Twitter 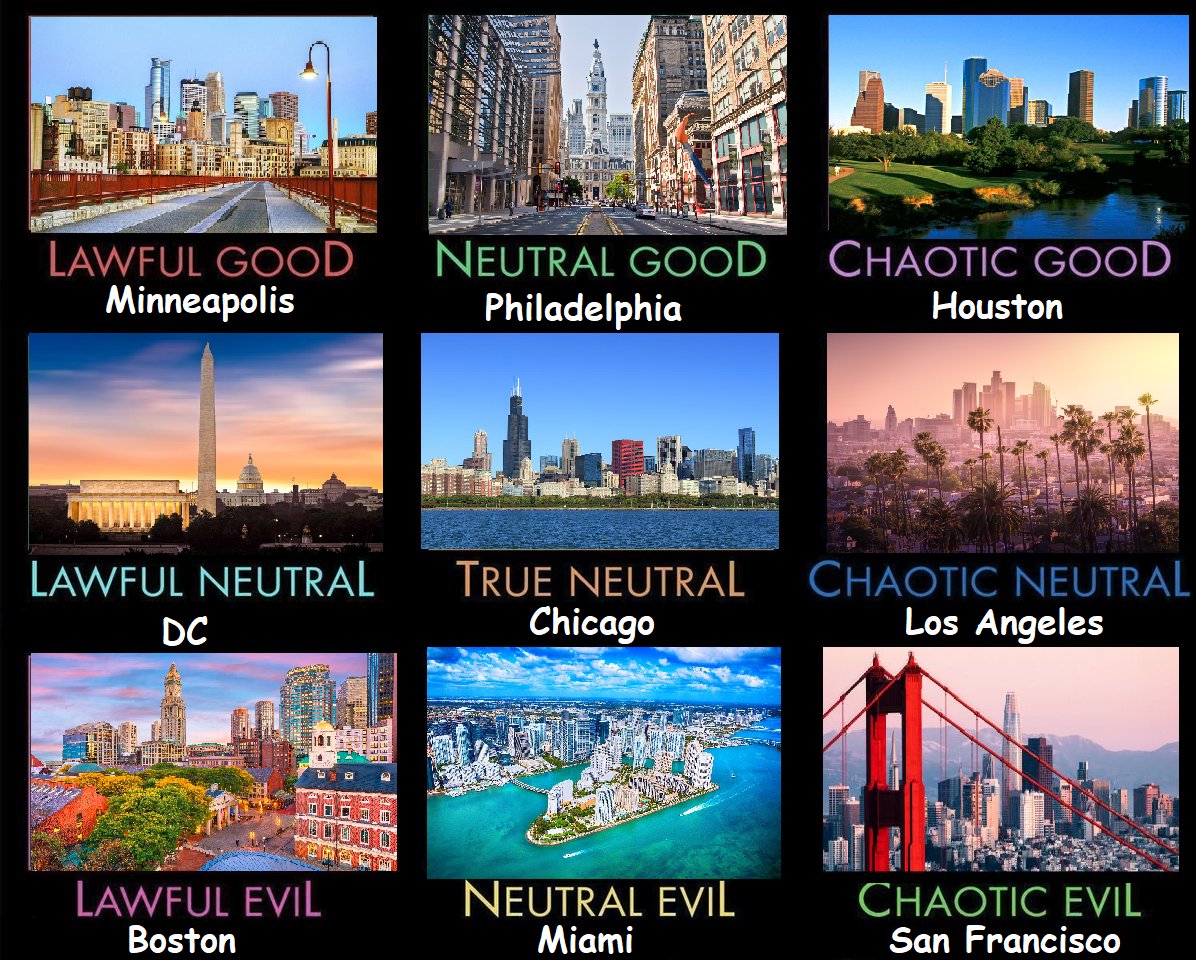 After Coronavirus We Need to Rethink Densely Populated Cities

Early Observations on the Pandemic and Population Density
Scroll to top