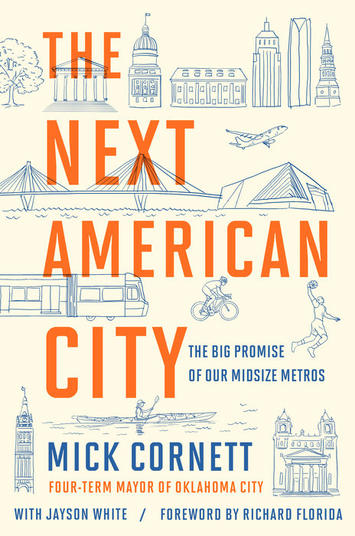 In the late 1990s and the early Aughts, when the last Gen Xers and the first Millennials were launching into their adult lives, “Urban America” was a very different place. On many fronts, the choices young ambitious graduates had were fast becoming limitless, save on one key front: the cities where they could reasonably want to live.

Those financially inclined found work and a survivable apartment Chicago or New York. The class presidents and politically-wired were mission-bound to DC. Those seeking the sun or a life on either side of a camera made their way to LA. Coders to Silicon Valley. The weirdos went to Seattle. Beyond that, people still moved to start their careers, but talk of connection between your life and your city were mostly off the table.

What a difference a generation makes.

Young Americans believe in their cities again. They want to be a part of the story. A part of the success and originality in their hometowns, whether home by birth or adoption. And many cities, most notably a dozen or two forgotten, flyover cities in middle America are reinvigorating and reinventing themselves in the blink of an eye.

In what is sure to be America’s “urban century” this is one of the most important trends to never hit the headlines.

The Next American City

Later this month, former OKC Mayor Mick Cornett and I are set to release our new book The Next America City from Putnam Books. The product of Mayor Cornett’s 14 years of leadership in Oklahoma City and 10 years of my own research on urban change and innovation, the work chronicles a major US trend well-known to readers of New Geography– the movement of population, companies and ideas to cities once-forgotten in the national debate as much as left behind in the global economy.

The Next American City articulates its fair share of the novel policies, financial models and market-disrupting startups that are driving change in our rising middle on a day to day basis.

For example, the unique way Oklahoma City government used Tax Increment Financing with Devon Energy to put the enhanced value created by their corporate investments to work immediately rather than years down the line. Or former Albuquerque Mayor Richard Berry’s remarkable Better Way program that leverages scare public dollars with ample public leadership that offered the city’s homeless population a practical path and the needed social service and non-profit supports to find housing and begin rebuilding their lives.

A favorite subject of this blog and website is also on center stage–the remarkable move of populations away from the coastal and cultural capitals that have suffered under the weight of their own success. Elsewhere on New Geography, and increasingly in broader research and media coverage, the outsize growth of sidelined cities is being noticed. No doubt, Wendell and Joel and New Geography will keep us up to date on how these trends are taking shape.

Midmarket Reinvention – for a Nation in Search of a Narrative

But the upshot of The Next American City is perhaps less a description of what’s happening–or a prediction of what’s to come–than it is a reason to believe that the flourishing of a wide array of American metros is a goal our country should pursue.

If our concern is for a fading middle class or the concentration of too much wealth in the hands of too few people, should we not look to those cities where the middle class is still strongest, where housing costs still allow a realistic shot at homeownership and where the cost of education has not skyrocketed out of control?

If we fear the negative impacts of an overwrought nationalism or a slide toward irreconcilable divides in our national politics, should we not look to the cities where the most progress has been made for the example we all should follow?

What have cities like Louisville & Des Moines, Chattanooga & Charleston, Indianapolis & Oklahoma City done that has allowed them to follow in the wake of cities like Boston, Austin, Portland and Seattle in a move to a strong 21st Century?

One common refrain is an escape from a common mid-2000s trope many cities once used: a goal to become “The Next Silicon Valley.” But it takes little more than a look at a recent Economist article sharing results from a recent poll to demonstrate that following in Palo Alto’s footsteps is not such a terrific idea. According to the poll, 46% of respondents plan to leave the valley in the region in the next 5 years.

For a time, the Valley’s grip on America’s innovation narrative was strong. But at least its monolithic leadership has seemingly passed, and a new, distributed story is emerging in its place.

That Silicon Valley model has in fact produced a ton of useful handheld technology. And a hell of a lot of wealth. But millions of American entrepreneurs have noted that these companies have not created very many jobs or built much opportunity for actual, regular people.

In response, cities like Des Moines are going their own way. Building on their agricultural strengths and humanitarian history, Iowa’s capital city and the surrounding region has taken what was once viewed as a sort of cultural and economic liability and have realized its potential as the asset leadership in food production has always been.

In The Next American City, we profile successes in a dozen places that, for all their differences, have more in common than what sets them apart.

Cities like those mentioned above have often suffered major setbacks, whether from moments of economic calamity or major disasters. There is an art to a city’s recovery and reinvention–and the stories from New Orleans and Oklahoma City in The Next American City’s pages aim to tell these stories in an accessible and human way.

However, the driving insights and unique leaders we profile in The Next American City are really just the beginning of a sustained effort to work with cities across the fast-growing middles in urban America.

If I could focus in on one key insight from the cities that have risen to national attention, attracted major companies or grown great startups of their own it is this: letting natural leaders work on the projects that capture their attention and passion. Those Millennial and Gen X leaders that have made their way to your city–or made a bold decision to stay–have a sense of what the market needs before demand has surfaced. It is critical to let those leaders lead.

Over the next year, my colleagues and I at the CITEE Initiative at UVA’s Darden School of Business will be exploring in more depth one particular part of this overall equation: how smaller and mid-size metros can build strong entrepreneurship ecosystems that grow in place, create quality jobs, and build broad-based wealth and opportunity in a community.

The forthcoming case studies, research and practical guidance CITEE aims to offer is also aimed at building on the progress that many cities have made in a broader range of cities that have what it takes to grow.

Jayson White serves as a Special Assistant to Oklahoma City Mayor Mick Cornett, building on nearly 10 years experience in urban innovation research and mayoral leadership in cities across the United States. In 2007, Jayson built and launched Harvard Kennedy School’s Urban Policy Advisory Group — an executive session for Chiefs of Staff to mayors in the 50 largest and most creative cities in the country.

Following his research at HKS, White has worked in several commercial real estate startups including Knotel, WeWork, and other key coworking and business incubation enterprises. His forthcoming book with Mayor Cornett (Penguin/RandomHouse, Fall ’18) sheds light on the unique promise of urban creativity and growth in America’s fast-growth, entrepreneur-driven small and medium cities.

A Generation Plans an Exodus from California