You are here: Home1 / Demographics2 / A Year Into Trump’s Peasant Rebellion 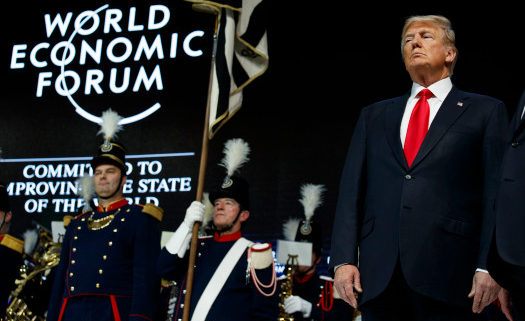 A year into office, Donald Trump remains something of an unlikely figure: a self-promoting and well-heeled demagogue who leads a bedraggled coalition of piratical capitalists, southerners, and people from the has-been or never were towns of Middle America. His fiercest opponents largely come from the apex of our society: the tech oligarchy, a rabidly hostile press and the cultural and academic hegemons.

These sophisticated people see Trump as responding crudely to his sans-culottes base. To them, he threatens everything from the free press to the rule of law and common decency. Yet Trump as peasant leader matters more than his ego-driven persona. He and other wannabe populists in Europe represents a modern version of the kind of peasant rebellions that rocked the Europe of the Middle Ages and China, highlighted by the 1850 Taiping rebellion.

Such bottom up uprisings, usually elicit strong opposition from the established institutions. Today they span the gap from corporate liberals to establishment conservatives. For all their surface differences, these groups tend to share similar class experiences and perspectives; they both see Trump and his supporters as inveterate racists and fascist shock troops. Retiring GOP Arizona Sen. Jeff Flake even has denounced him as a new Stalin.

To be sure much of Trump’s media commentary is intemperate but its significance, to paraphrase Shakespeare, is often “a tale of an idiot, full of sound and fury signifying nothing.” In contrast many believers in a free press had little problem when President Obama threw journalists in jail and abused the surveillance instruments of the state. Real Stalinism may be less of a threat today — despite Trump’s authoritarian posturing — than under his more polished predecessor.

Similarly, across Europe, informed opinion almost universally denounces, the rise of anti-EU, anti-immigration parties, some with suspiciously fascist flavor. The Brexit movement has been widely characterized as the rude attempts of provincial rubes — “old, racist and stupid” — to undermine the cosmopolitan character of “cool Britannia.”

To be sure there is much to lament about Trump, and his European counterparts, but it’s ironic that many of those who charge him with autocracy are often themselves not great fans of democratic control. For the most part the anti-populists favor not a more vibrant democracy but, in the words of Harvard’s Yascha Mounk “rights without democracy,” dominated by bureaucracies like the EU or the EPA. Some are even open admirers of China’s authoritarian dictatorship; others swoon at French President Emmanuel Macron’s almost laughable yearning to reinvent himself as a modern day Louis XIV.

A conflict based in economics and culture

What is behind the peasant rebellions? The outbreak across most of eastern and central Europe reflects disappointment with the European Union. Rather than an expected resurgence of national fortunes, many of these countries have witnessed instead a mass movement of educated young people to “core European countries” such as Germany. Many nations — notably Bulgaria, Lithuania, Greece, Albania and Slovakia — face demographic decline on an unprecedented scale.

Read the rest of the article at The Orange County Register.

The Screwed Millennial Generation Gets Smart

Trump’s Infrastructure Plan is a Rare, and Potentially Bipartisan, Feel...
Scroll to top