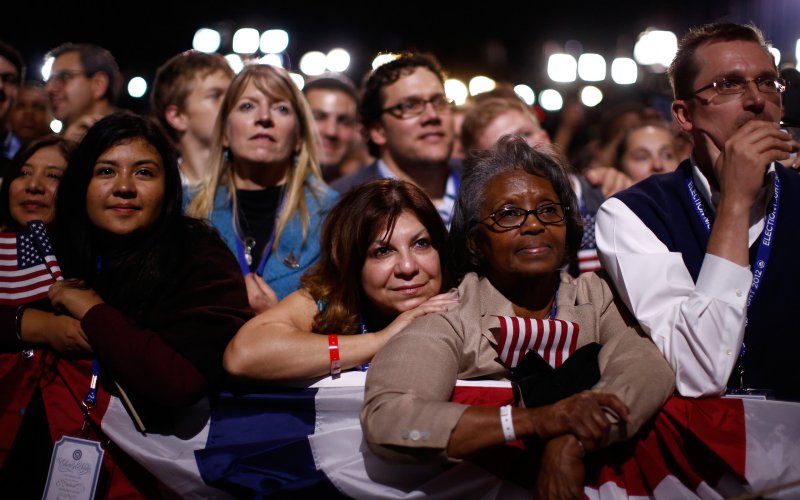 An issue many conservatives have with the way President Barack Obama has governed is the overreach by the federal government into local affairs.

In the wake of the sweeping Republican victory on election day, in which basically half the country voted one way and the other half voted the other, there’s a need for Americans of all stripes, and those without stripes, to find some common ground.

One area of potential agreement is “localism.” There are eat local and shop local movements. And data show people of all political persuasions also favor a govern local approach to solving many of our problems.

In 2015, one survey showed a 64%-26% majority of Americans feel “more progress” comes from the local level than at the federal level. A 2014 Gallup poll reported that 72% of Americans trust their local government more than their state government.

Millenials, too, strongly favor community-based local solutions. A National Journal poll found that fewer than a third of millennials favor federal solutions over locally based ones and that they are less trusting of major institutions — the government, courts, police, media — than their older Generation X siblings.

Conservatives and libertarians, of course, regularly lament the growing incursion of big government into the lives of individuals and businesses and the diminution of political control at the local level. People on the left feel the same.

“Many on the left embrace the ideal of localism as a reaction against globalization and domination by large corporations,” Joel Kotkin and Wendell Cox write in “Our Town: Restoring Localism,” a paper published in September by the Center for Opportunity Urbanism in Houston, Texas. Many progressive social causes, they point out — such as racial integration, gay marriage and marijuana legalization — were first adopted locally before spreading to other areas.

And if an experiment at the local level does not work, it’s easy enough for local conservatives or liberals to change it through the democratic process. These local “laboratories of democracy,” U.S. Supreme Court Justice Louis Brandeis said, “try novel social and economic experiments without risk to the rest of the country.”

An issue many conservatives have with the way President Barack Obama has governed is the overreach by the federal government into local affairs through his use of executive orders and administrative law, often coercing locals to do the federal will by threatening to withhold federal grant funds. Think gender-neutral bathrooms and the Department of Housing and Urban Development’s new Affirmatively Furthering Fair Housing rule that gives the feds entrance into local zoning laws. Don’t do it their way and you lose much-needed federal funds, like it or not.

Federal grants help fund everything from health care to education to highways to housing and has exploded in recent years. The system has grown from $7 billion in 1960 prior to Lyndon Johnson’s Great Society to an estimated $628 billion today — about one-sixth of the federal budget. Wisconsin now receives about 30% of its revenues from Washington, D.C.

Those funds do a lot of good but often come with requirements for additional state and local spending, sometimes long after the federal dollars have been spent. The prospect of “free” federal money also sometimes subverts local judgment and priorities, causing local leaders to pursue projects they otherwise might ignore. For instance, Milwaukee’s downtown street car could not be built without federal grants and will be dependent on them for its operation. Federal grants also can make government less responsive and transparent to average taxpayers; the system is rife with duplication, waste and even fraud.

The grants system also comes with a gigantic bureaucracy in Washington and at the state level. The Government Accounting Office estimated recently that at least 10,000 government employees in just three federal departments do nothing but administer federal grants. At the state level, nearly half the employees of some state departments work for the federal government. Yet our problems — poverty, poor schools, more expensive health care, deteriorating roads and infrastructure — continue or even worsen.

“The (grant) system is a complicated mess, and it is getting worse all the time,” writes Chris Edwards, director of tax policy studies at the Cato Institute in Washington, D.C., and editor of the Downsizing the Federal Government web site. “Federal aid stimulates overspending by state governments and creates a web of complex federal regulations that undermine state innovation. At all levels of the aid system, the focus is on regulatory compliance and spending, not on delivering quality public services. It is a triumph of expenditure without responsibility.”

If Donald Trump wants to make government more responsive, reduce spending and waste and bring people together to solve their problems, he could do a lot worse than to begin unraveling the grants-in-aid system, returning funds to the states and empowering local leaders and the people who vote for them. It’s an approach that most Americans can support.

Dan Benson is editor of the Project for 21st Century Federalism at the Wisconsin Policy Research Institute in Milwaukee.

This article originally published at jsonline.com